Logic has Its Own Sorrow

Yair Garbuz, one of Israel’s leading artists, in a new solo exhibition at Dwek Gallery. The exhibition will comprise a series of small scale paintings on plywood, each featuring several images and a central inscription in Hebrew. The texts, scribbled in crude childish letters, act as very short skits or puns, nonsensical ironic proverb, and intentional solecisms.

Both paintings and texts conjure a fragmentary, disjointed, and erratic, albeit rich and abundant, feeling. It is possible to view them as an attempt to harness the power of humor and logic for coping with the drama of “the here and now”. The grim situations are veiled by melancholic self-deprecating humor, while the parodies, satires, and jokes make direct references to the history of art and the history of Israel. 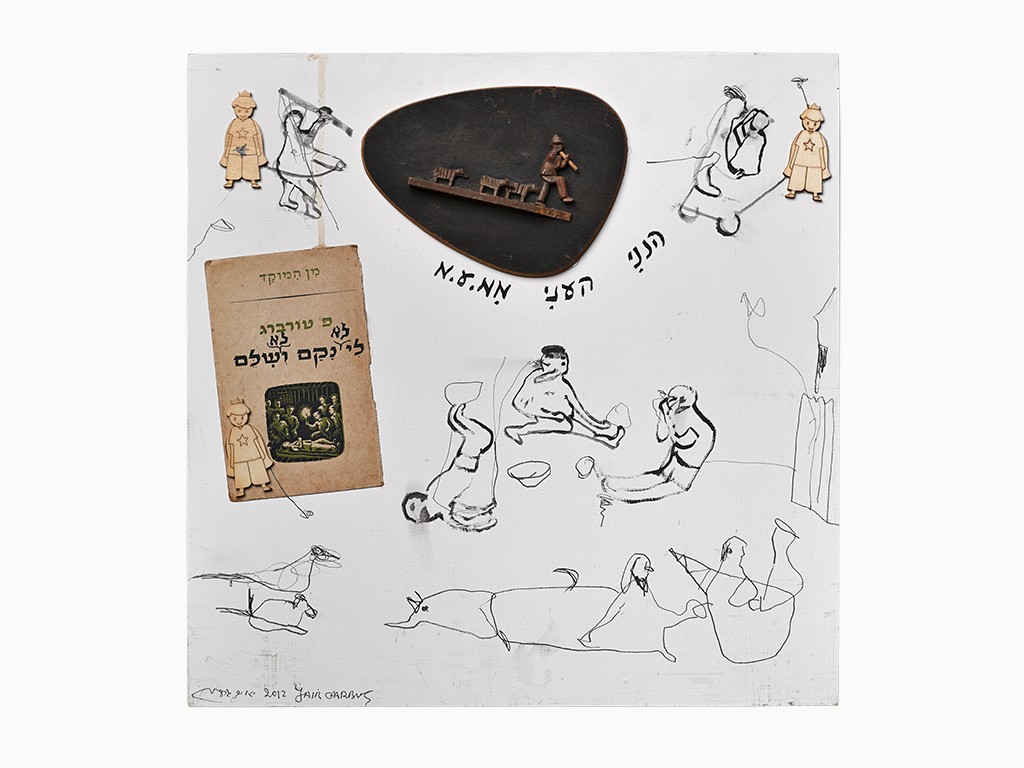 The Dwek Gallery is a non-profit art venue, situated in Mishkenot Sha'ananim at the Konrad Adenauer Conference Centre. The gallery holds exhibitions by contemporary Israeli artists in diverse media. Some of the exhibitions are conceived in the context of the various cultural and historical conferences held at Mishkenot Sha'ananim in the spirit of dialogue, tolerance, and pluralism. The gallery is open to the public every day between 10:00 and 20:00.
Previous Exhibitions:
Orit Hofshi: Innuendo
Faces of Jerusalem
Logic has Its Own Sorrow
Filigree and Various Spices
Metruz
Partly cloudy
Human Beasts
Surface
הצג מפה גדולה יותר
X